The past few days I have been obsessing by the new Netflix series "Chilling Adventures of Sabrina", which is about Sabrina Spellman, who must choose between the witch world of her family and the human world of her friends before her 16th birthday. It is based on the Archie comics, so since I am already watching "Riverdale", it only made sense to watch this series as well.

Sabrina Spellman, a teenage half-witch who lives in the town of Greendale with her aunts, her cousin Ambrose, and her familiar Salem. Unbeknownst to Sabrina, when she was just a year old, she was taken from her mother, Diana, by her aunts with the approval of her father, Edward. Sabrina was told that her mother died and she hasn't seen her father since she was young. While Sabrina is taught witchery by her aunts at home, she lives a relatively normal life in public as a cheerleader and student at Baxter High School. No one, including her boyfriend Harvey, is aware that she is a witch.

So, as you can imagine, her wardrobe reflects this kind of duality, where lace and velvet meet cosy cardigans, sweaters and jeans. Her closet is full of earth tone colours clothes, as well as some bright blue and red eye-catching pieces. Here are a few of my favourite outfits.
Hope you like them! Let me know what you think of the first season of the series! 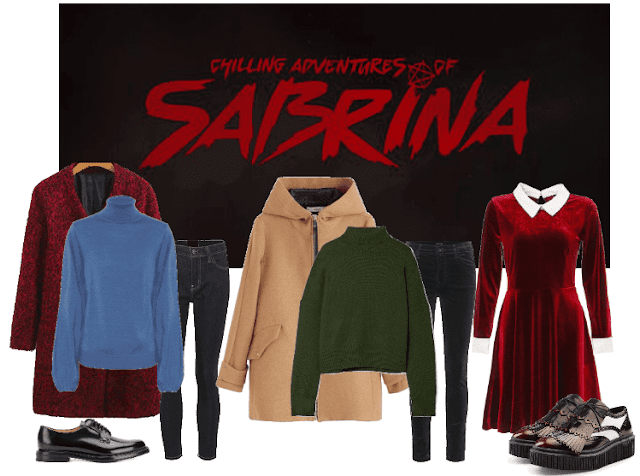 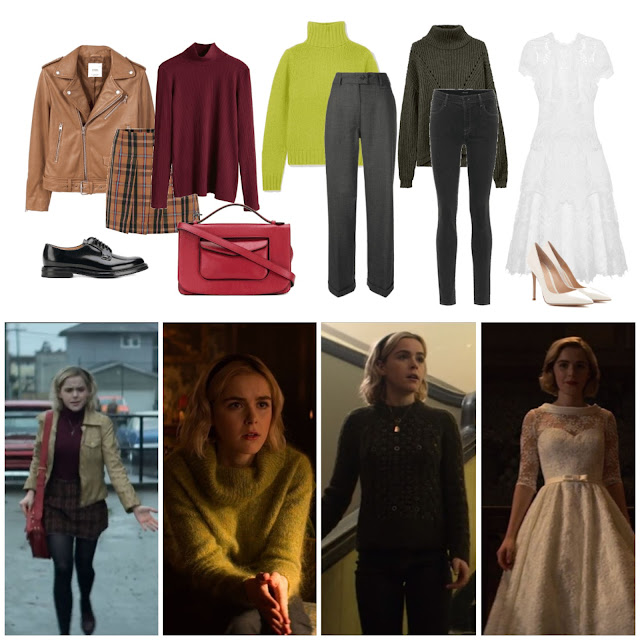 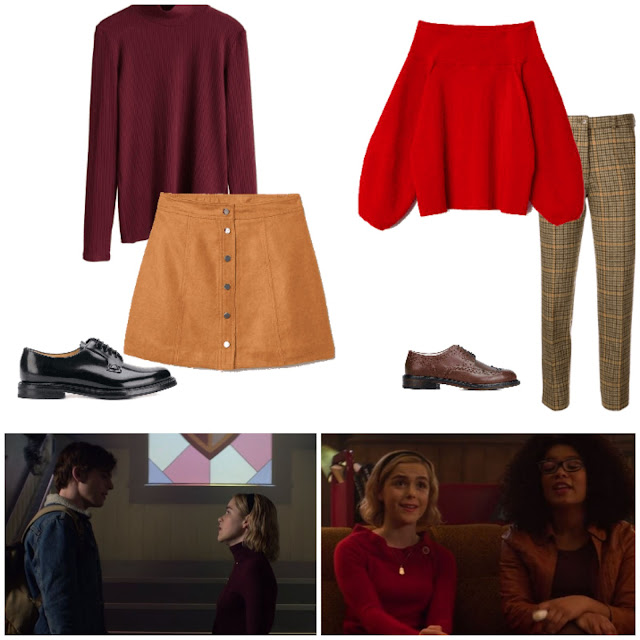 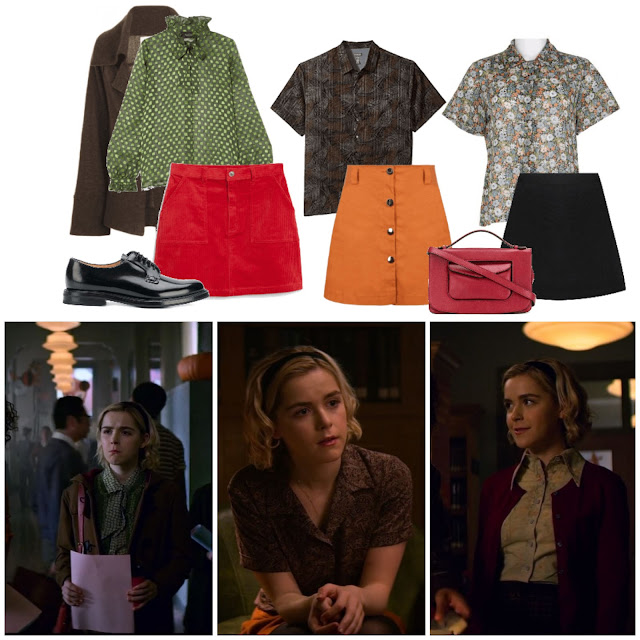 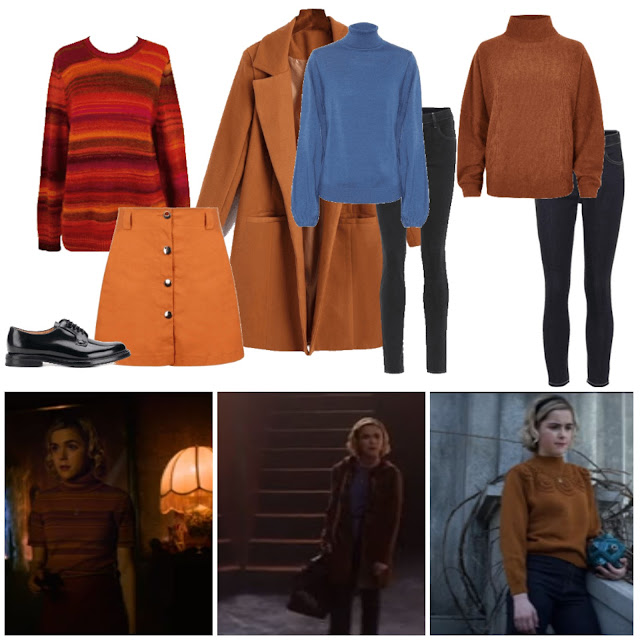 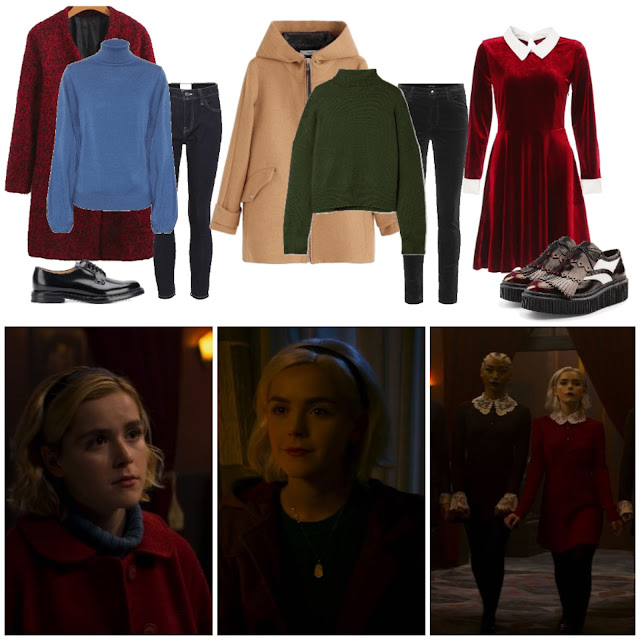 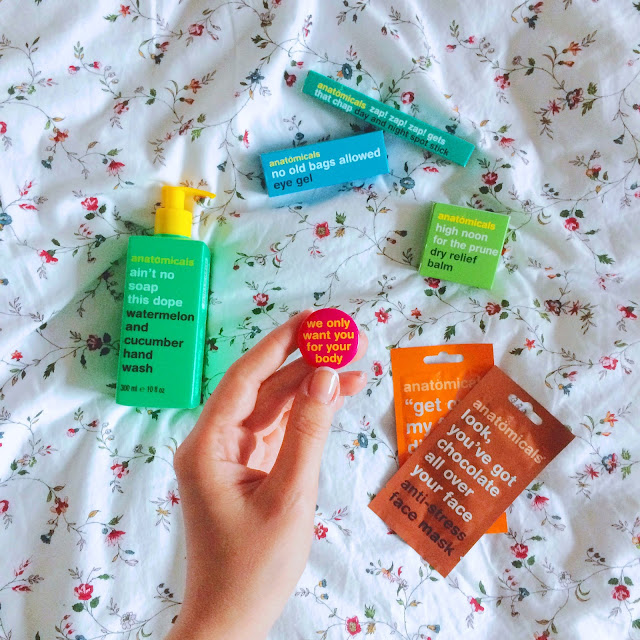